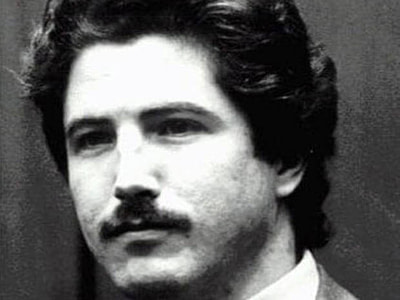 Hillside Strangler murders were a string of killings that both confused and angered law enforcement authorities in the late 1970s in Los Angeles, in the golden age of serial murder. These murders ran in parallel with Ted Bundy, Jeffrey Dahmer claimed his first victim, and John Wayne Gacy lured young boys into his home to kill them by strangulation. The United States suddenly appeared to be swept away by impertinent serial killers killing in all manner of gruesome fashion, and the Hillside Strangler was no exception.

While the Hillside Stranglers are not known to the others, the crimes were especially violent and shook the people of Los Angeles to their very core. The blatant flaunting of the law by committing murders right out in the open and gathering victims from crowded, inner-city neighbourhoods just added to the terror and uncertainty that the city felt, believing that there was a killer on the loose who might come from the shadows and take life at any moment. Here are ten twisted details about the murders that ended up being a labyrinthine mystery, a story with many twists and turns. 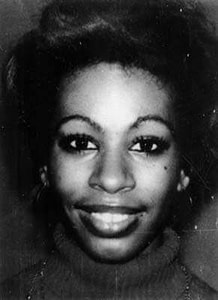 It all began on October 18, 1977, when the police found the nude body of a 19-year-old woman named Yolanda Washington who had been cleansed for any traces in the form of contaminants and conveniently laid out on the open grass of a hill on the edge of the Forest Lawn Cemetery, a large cemetery in the Hollywood area of Los Angeles.

The victim was tied, raped, and strangled, and the police must have realised instinctively that they were dealing with no ordinary murder or a crime of passion, but something far darker than that. For the killer to simply dump a body right in an easily available, open area, the killer could have intended the body to be found, possibly to convey a message.

A string of killings had started, and the police could just sit down and wait for more bodies to appear. Just 13 days later, on Halloween morning, the police discovered the next victim in the trail of corpses left behind by the Hillside Strangler and concluded that a serial killer was at work.

Fifteen-year-old Judith Ann Miller was discovered bearing remarkably similar rope marks to Yolanda Washington, and the Los Angeles County Coroner’s office determined that her time of death was just six hours earlier. Like Washington, Miller was a survivor of sexual harassment. These two murders had the hallmarks of serial murder, and many more were yet to come.

The shocking feature of these two killings, which would become a disturbing theme in the Hillside Strangler murders, was the alarming pace at which the crimes had been committed, just 13 days apart. Subsequently, just six days later, on 6 November 1977, the body of 21-year-old Lissa Kastin was found. As before, the body seemed to have been proudly uncovered, discarded on Chevy Chase Drive in Glendale, and showed signs of rape. The body of 17-year-old Kathleen Robinson was found 12 days later, on 18 November. She was strangled, too.

One thing was completely clear at this point: whoever the Hillside Strangler was, he was killing at an alarming pace and had no intention of stopping any time soon. The police scrambled for both clues and answers, but the Strangler knew how to clean the corpse and erase the evidence, leaving the law enforcement to scratch their heads at the macabre scenes left behind every few days. And there was no shortage of hills for the murderer to use.

As the bodies rapidly stacked up and the killings started, the Hillside Strangler grew more and more depraved in his murder tactics, and soon began experimenting with torture and new ways of disposing of the victims. The murderer began electrocuting victims before strangulation and killed them by burning their bodies while they were still alive, presumably for sadistic fun, and even started to use carbon monoxide poisoning as a means of killing.

It would soon be discovered that Strangler was also trying to execute his victims through lethal injection, experimenting with the injection of various substances to young women in an attempt to alter the modus operandi. But this was by no means an attempt to conceal his identity — this killer wanted his crimes to be known, to position the bodies in different ways, to shape the bodies, and to leave them in the extreme of plain sight.

While the killings were taking place, a man named Kenneth Bianchi started the process of becoming a Los Angeles police officer. He was going to patrol and travel in the cars with the LAPD while they were patrolling the city and looking for the Hillside Strangler. The officers would speak to Bianchi about the robberies, the killings, and the general grim specifics of the investigation, and they would be next to him over the weeks.

Kenneth Bianchi, though, was the Hillside Strangler, this probably aspiring police officer. The murderer was right under their noses, collecting details about the case and flaunting his criminal ways in the face of the law. But the story was yet to thicken, and there were more surprises to unfold in the months that followed.

5. The Hillside Strangler Named By Media

The media had assigned the murderer a name, and the people in and around Greater Los Angeles were in distress. The Strangler had a metaphorical stranglehold on all of Southern California, with no end in sight. None of them were knowing that Kenneth Bianchi and Hillside Strangler was the same guy.

But even this statement would later have been shown to be misleading. In total, “Hillside Strangler” would have claimed at least 12 lives, raping and choking women and girls and dumping their bodies in the Los Angeles area before another unexpected turn of events would have taken place.

And after several months of cases and trials going nowhere, the police were itching to make an arrest, even though the murderer had been helping them to “race” themselves all along. Then, the plot got twisted even further, when Hillside Strangler killed 21-year-old Cindy Lee Hudspeth, raped her like he had the rest, and dumped her body. Suddenly, the murders were mysteriously stopped.

Almost exactly four months after these rapid murders began, they abruptly stopped, and there were no more bodies left on the hillsides scattering Los Angeles. It was later discovered that Kenneth Bianchi had relocated to Washington State, explaining why there were no more strangled women, and the Hillside Strangler seemed to vanish as easily as it had appeared.

Kenneth Bianchi was presumably trying to avoid the law in May 1978, when he unexpectedly broke up and decided to move to Bellingham, Washington. But even though Bianchi managed to escape the bright lights of Hollywood, the media hysteria in which LA was humming, and the heat of the anxious and humiliated LAPD, he could not escape his murderous instincts, and it would eventually be his downfall.

On January 11, 1979, Bianchi struck again after a long period of cooling during which he had killed no one. On the same day, he killed two people. The Hillside Strangler was still arrogant and adamant about his killings, but reporting two victims at once was just too risky, and he made a lot of mistakes. He left his California ID card behind and a lot of other clues for investigators to find. The Hillside Strangler was eventually arrested in Washington. Or so everyone thought.

It was time for another strange twist in the story: it would be discovered that there were actually two Hillside Stranglers and that Kenneth Bianchi had not acted alone until the murders in Washington. To escape the death penalty, Bianchi pointed his finger at Angelo Buono, his cousin, and testified against him. Buono vigorously declared his innocence, stating he had absolutely nothing to do with the killings, but he, too, would be arrested and brought to trial.

When the police searched Buono’s building, they did not find any fingerprints, even in the man’s own home. He was so immaculately clean and alert, which easily explained why there were no fingerprints, fibres, or anything in the way of useful clues to help investigators catch the Strangler. Without Buono, Bianchi was lazy and reckless and eventually took the two to justice.

Bianchi and Buono, the Hillside Stranglers, will both be convicted. Kenneth Bianchi pled guilty and lied against Buono to get a settlement. Bianchi would also go on to get married when he was behind bars in 1989 and is still in gaol in Washington State to this day. Angelo Buono was charged with murder, but he believed he had secured his conviction, despite a complete lack of any physical evidence connecting him to the murders.

Buono’s legal case lasted two years, and although he originally believed that his cousin’s testimony was the only argument the prosecution had against him, 400 witnesses would show up to testify against him. This would cement Buono’s fate, and he was eventually convicted and sentenced to life in prison, much like Bianchi. The Hillside Stranglers were behind bars. Angelo Buono died in gaol in 2002.